The Egyptian campaign is one that receives little attention, but in fact has many fascinating aspects to it and the few memoirs which deal with it are always something special. The hardships endured by the troops of all nations in that harsh, unforgiving climate are astounding. 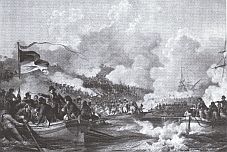 It is only intended to here to give a brief overview of the campaign in bullet point form.