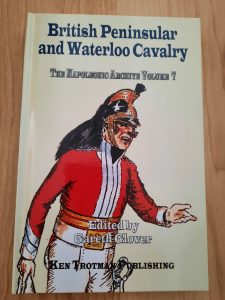 This volume reprints a number of ‘out of print’ memoirs but also includes Keane of the 7th Light Dragoons, not previously published,.

Campaigning in Spain and Portugal. the Letters of Captain Thomas Fenton 4th Dragoons and Scots Greys 1809-15